Chicago is situated in the Midwest. It is a high-spirited metropolitan city comprising of around 3 million people. It is famous for house music, blues, jazz, comedy, shopping, dining, architecture, and fine cultural attractions. Architects such as Louis Sullivan and Frank Lloyd Wright, and artists like Picasso, Mirõ, Dubuffet, and Chagall having left their impressions over here.

This place gives home feels and also known as hubs of Midwest. An attractive city that would blow your mind with its wonderful beauty. There are more than enough Chicago sightseeing places such as world class museum of art and science, sandy beaches, large parks, public art and probably admirable downtown collection of architecture around the world.

This museum comprises of thousands of art works. It was opened in 1879 and situated in Chicago’s Grant Park. It is one of the renowned, ancient and largest museums in united states. Around 1.5 million visitors pay a visit to this museum per annum. There is more to see than what you can do in one day.

So if you are planning a visit this city, don’t afford to miss this Chicago tourist attraction. Take out an ample of time for this place. All the art and literature lovers are always crazy to see the arts over here. It is situated in downtown Chicago edged by Michigan avenue. Millennium Park has emerged into one of the most important millennium assignments. It is a 24.5-acre park comprising of class art, music architecture, landscape design, where anything and everything can be experienced from interactional public activities and ice skiing to al fresco dining and classical music presentations.

There is also a serene Lurie Garden which will blow your mind with its serenity. You can enjoy the outdoor gallery and take in a free outdoor show.

Michigan Avenue and the Magnificent Mile

You must enjoy Chicago sightseeing, it’s well-known nightlife and does have a visit to downtown either by bus, boat or trolley. Some of its major tourist attractions are the John Hancock Center, the Wrigley Building, and the Tribune Tower.

It was opened in 1916 as an amusement park zone and shipping facility. It is now one of the most major tourist attractions in Chicago. It covers 50 acres of distance including gardens, shops, restaurants, concert venues, and parks. This place also has a museum for children. It was reopened in 1995 and since then 180 million visitors have come to enjoy the experiences. All in all, if you want to have an amazing and thrilling experience with children, must come here.

Museum of Science and Industry

It originally is known as the Columbian Museum of Chicago and was founded in 1893. This museum displays the biological and anthropological collections accumulated for the World Columbian Exposition. It was renamed as honor Marshall Field.

This is worth your money for the most part. The mummies and dinosaurs are displayed spectacularly. They had a beautiful gem exhibit. It is a lot to see!

The post Tourist Attractions in Chicago appeared first on El Take it Easy. 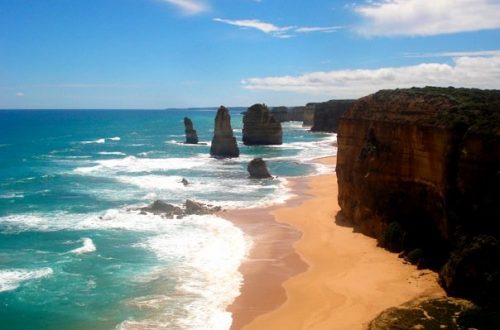 5 Perfect Things to do in Australia for Car Lovers