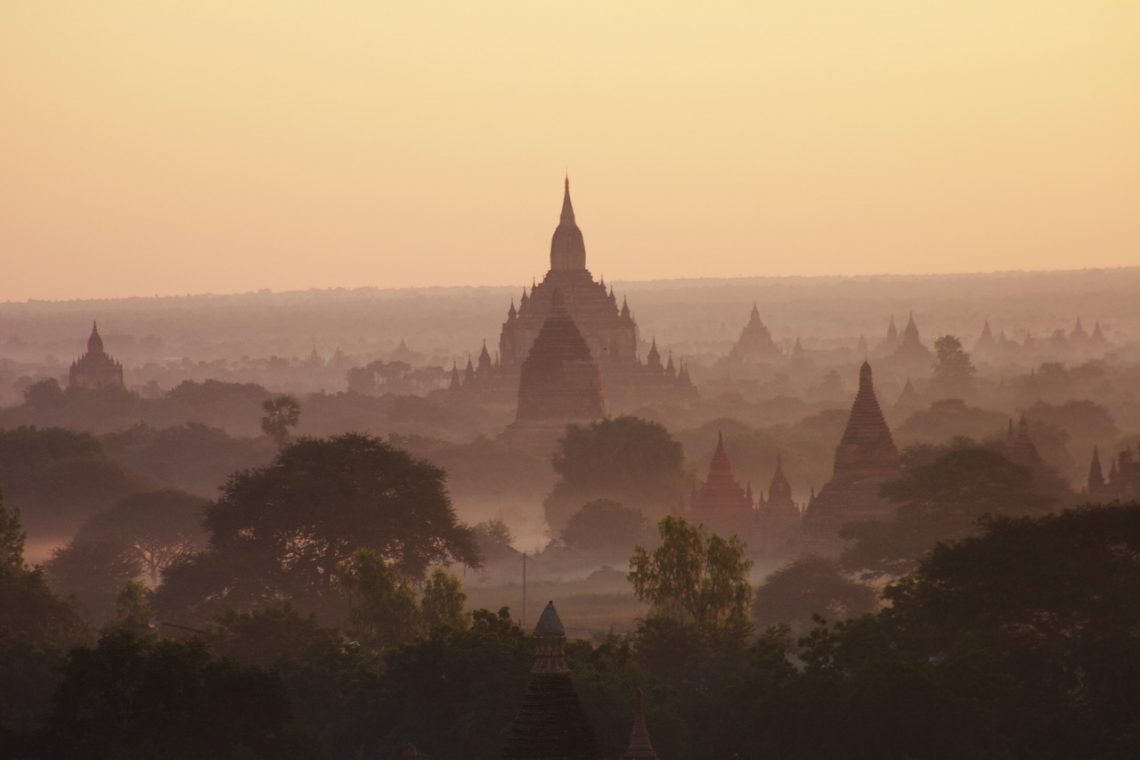 Telling tales of the ear bygone, temples are structures which represent a beautiful amalgamation of history, culture, and mythology. Architecturally impressive and historically-significant, there are few temples which have achieved more fame due to the fascinating myths and stories associated with them than due to their stunning beauty. Plan your vacation to these grand temples, the history behind which is sure to leave you spellbound! 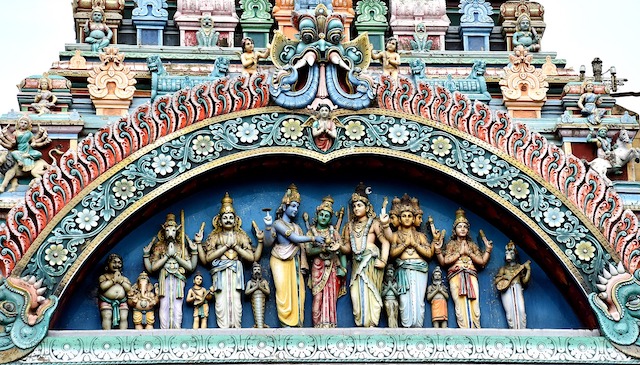 Dating to 1st century C.E, Meenakshi Amman Temple, one of the oldest and the most historically-significant Hindu temples in India, is in the city of Madurai. Kulashekarar Pandyan, supposedly built the temple as per the instructions given in his dream by Lord Shiva. As the legend goes, King Malayadwaja Pandya organized a ‘Yajna’ (sacred fire) to appease Lord Shiva, requesting him to grant them a son. However, they were dismayed as a triple-breasted girl (Meenakshi) emerged from the sacred fire. Upon seeing the dismay of the parents, a divine voice informed them that the third breast of the girl would disappear when she would meet her future-husband. The reassured king went on to name Meenakshi as his successor who ruled wisely and went on to conquer many kingdoms including Indralok. It is said that she was on her way to capture Lord Shiva’s abode Mt. Kailas when he appeared before her, assuming the form of Sundareswarar (the handsome one) and her third breast disappeared. That’s when she realized he was her future-husband. Lord Shiva married Meenakshi at the site of the temple. 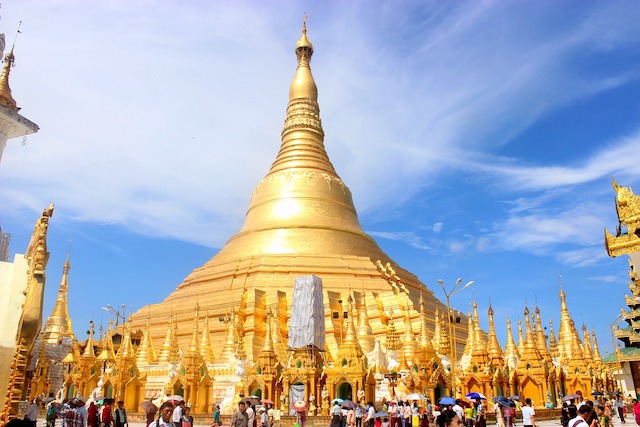 Yangon’s most famous landmark, the Shwedagon Pagoda is Burma’s most important Buddhist pilgrimage site. Historical evidence shows that the pagoda was built by the Mon around the 6th century and modified with additions over the next few years. It is believed that two merchant brothers from Okkalapa met Buddha about 2500 years ago who gave them 8 strands of his hair and told them to treasure them in the same spot on a hill in Okkalapa where relics of the previous three reincarnations of the Buddha were buried. Upon returning to their hometown, the brothers handed over the strands to their King who, after years of searching for the spot, was helped by a spirit to find the spot. Shwedagon Pagoda is said to be constructed on that very spot. Plan your trip to this mesmerizing temple today! 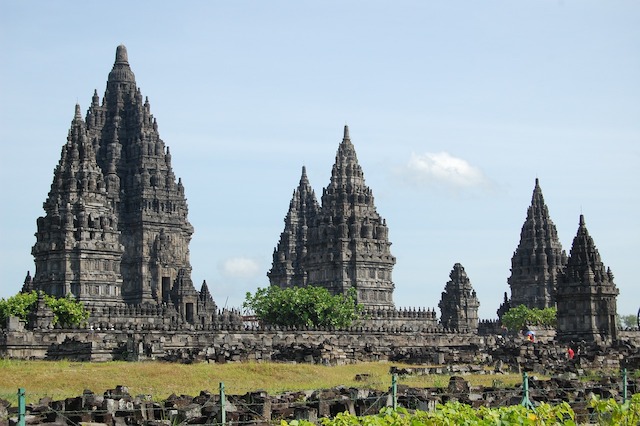 Spread over an area of 18 kilometers, Prambanan is the largest Hindu temple in Southeast Asia. Built around 850 C.E, the temple is dedicated to the three major Hindu gods – Brahma, Vishnu and Shiva. According to Javanese legend, Prince Bandung Bondowoso fell in love with Princess Lara Jonggrang who accepted his proposal under duress but set one impossible condition that Bandung must build her a thousand temples in just one night. With the help of demons and spirits, the prince succeeded in building 999 temples just when the princess woke up and ordered the women in the village to set fire to the east of the temple, to fool the prince in believing that it was dawn. The fire scared the spirits away and the furious prince, upon realizing that he had been hoodwinked, cursed the princess and turned her into stone which is said to be the image of Durga in the north cella of the Shiva temple at Prambanan, still known as Lara Jongrang, or Slender Virgin.

The Sun Temple of Konark, dedicated to Lord Surya or Sun God, has been standing tall overlooking the Bay of Bengal since 13th Century. Built by Narasingha Deva, a king of the medieval Ganga dynasty to commemorate his victories over the Muslims, it was believed that there were gigantic magnets within the temple to ensure that the metallic deity of Surya remained suspended in midair. If mythology is to be believed, Samba, the son of Lord Krishna, once incurred the displeasure of Narada who cursed him, leading to Samba getting affected by leprosy. Upon finding him to be innocent, he was advised by his father to worship the sun god Surya, healer of all diseases. Surya told Samba to bathe in the sea of Konark where he got cured of Leprosy. An overjoyed Samba constructed The Sun Temple to worship his savoir. The fascinating architecture of this temple is such that the chariot is placed on twelve pairs of marvelously carved wheels and drawn by seven horses. These 12 pair of wheels represent 12 months of the year while the seven horses represent seven days of the week. Each wheel features eight spokes which serve as sundials. The shadows made by these sundials give exact time of the day!

Founded in the first half of the 15th century the Temple of Heaven symbolizes the relationship between earth and heaven and was built in the Ming Dynasty (AD 1420) by the emperor Zhu Di. A place where the Heaven Worship Ceremony was held, this temple is enclosed by a long wall. The northern part inside the wall which is semicircular symbolizes the heavens and the square southern part symbolizes the earth. Since the northern part is higher than the southern part, it reflects the Chinese philosophy that heaven, which is circular, is superior to Earth, which is square.

Mesmerizing to the core, these fascinating temples are where you should be planning your next vacation if you are a history buff! 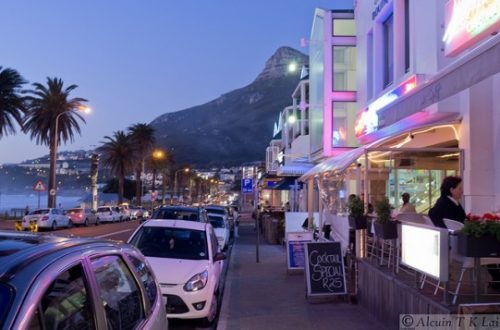 From Nightlife to Wildlife: 6 Outstanding Ideas to Make Your Vacation Great 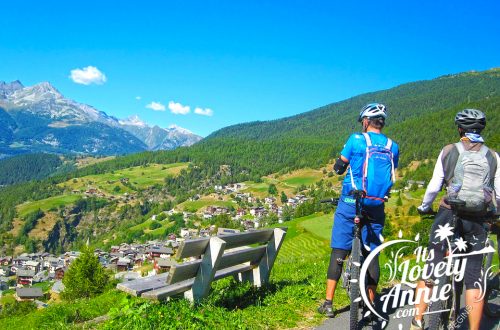 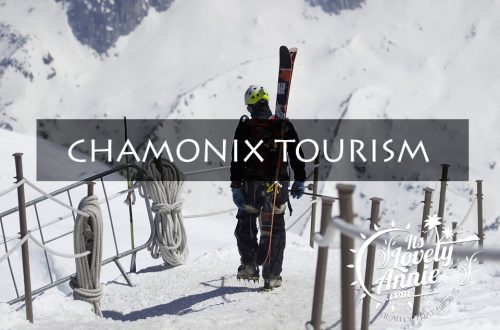