Meaning “suspended in the air” the astonishing Byzantine monasteries of Meteora indeed seem to float near the heavens. Perched atop towering natural sandstone rock pillars, these red-roofed Eastern Orthodox monasteries overshadow the north-western edge of the Plain of Thessaly in northern Greece. Most travel agents such as Virgin Holidays, First Choice offer deals to Greece. All of them allow you fly from Gatwick Airport. For the smoothest start and end to your holiday, take a look at official car parking at Gatwick.

Discover the Fascination History of The Meteora 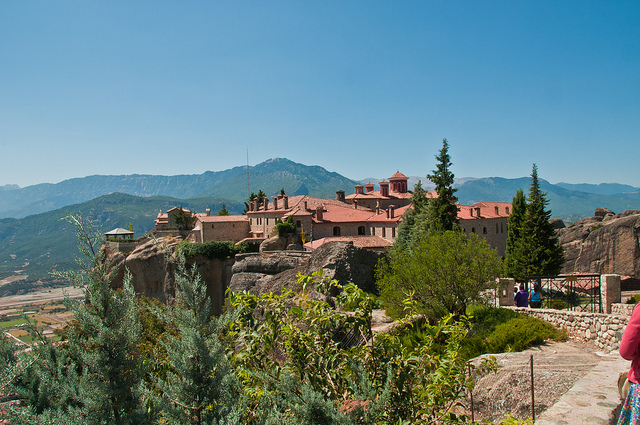 Thought to date back some 60 million years, these prehistoric pinnacles were first inhabited in the 9th century when a group of hermit monks moved into hollows and fissures in the towers. Soaring up to a dizzying 550 metres above the plain and accessible only by rope ladder, the sheer cliff walls repelled almost all visitors for hundreds of years. By the early 12th century the loose-knit group of cave-dwelling hermits had begun to develop into a formal monastic state and by the end of the century the monasteries were becoming firmly established. The infamous Meteron Monastery was established by St. Athanasios in the 14th century and legend has it he was borne to the summit by an eagle. By 1500 there were 24 of these towering refuges, offering the monks solitude and protection from sometimes hostile political forces. Beginning in1920 various improvements were undertaken, including steps and bridges allowing for easier access, and today thousands of visitors tour the monasteries annually.

Each monastery has its own fascinating features. Set on the lowest rock, Ayia Barbara was a one time the only nunnery in the religious complex. Noted for its vivid gardens and pretty red and grey stone walls, it makes a great spot for photos. Awe-inspiring Ayia Triada, most desolate monastery of all, is accessible only by rock tunnels and steep stone steps. Visitors not up to a challenging hike may enjoy Ayios Stephanos, now a working convent and most easily reached of all the sites via its proximity to the road. Most famous of all, the Megala Meteora towers over 400 metres above the valley floor. The steep 400-step climb leads visitors to a massive complex featuring lofty domes, ancient tombs, some rather gruesome frescoes and a gift shop notable for its icons and incense. 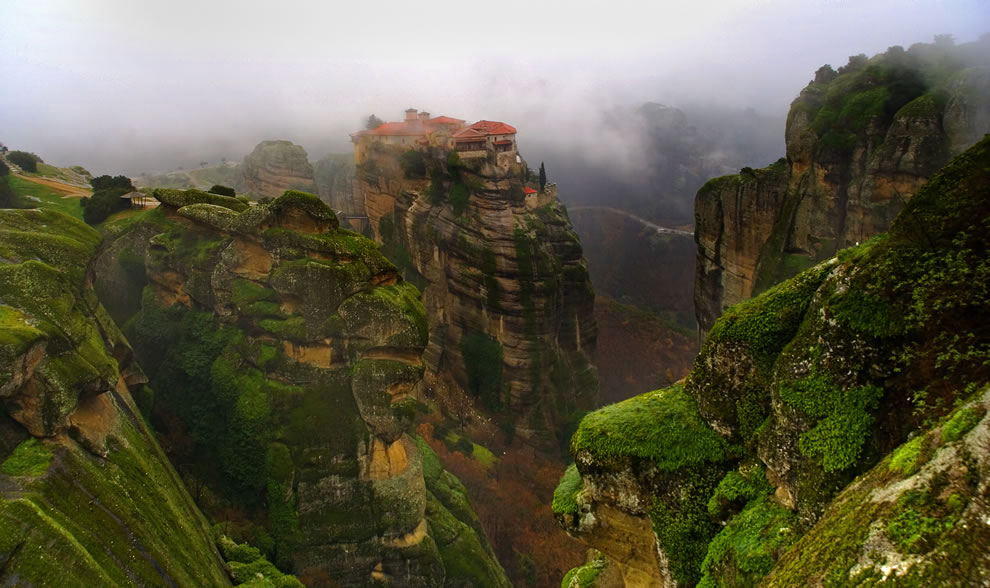 Hiking and climbing are popular activities, though it can take all day to reach some monastery summits. Rock climbers from around the world flock to the area, drawn by its challenging and unique cliffs and formations. Visitors can take a break from long, hot climbs by taking advantage of the loads of other outdoor recreational activities including rafting, canoeing and kayaking in nearby rivers. A photographer’s dream, the geography of the region is fiercely dramatic, an otherworldly landscape of towering, oddly twisted rocks sometimes compared to the mountains of the moon – a great idea for those looking to see a different side to Greece.

Stay in a Traditional Greek Town 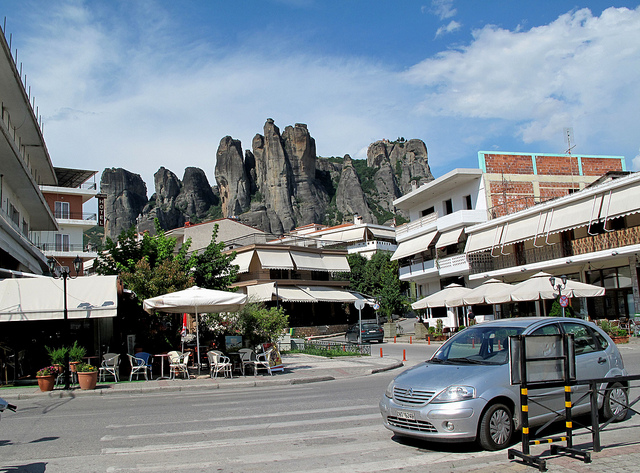 Kalambaka, the nearest town, is a centre of tourist activity, featuring plenty of hotels, restaurants and coffee shops. Most restaurants feature savoury traditional Greek cuisine and the town of full of casual café and ice cream shops. It’s a good idea to book hotel rooms early, particularly in late spring and summer when tour groups flock to the monasteries. Those on a budget can be on the lookout for rooms in private homes. Shoppers will find a good selection of shops peddling ceramics, rugs and carved wooden items, and Fridays brings a festive farmers’ market to the town centre.

2 thoughts on “Things to Do in Meteora, Greece”