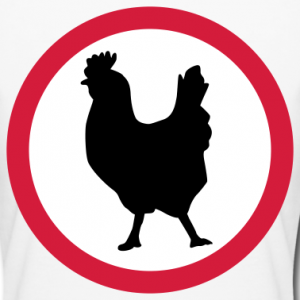 I was recently charged with organising the hen weekend for my best friend. With a large number of people to organise, I was a little bit overwhelmed by the prospect of delivering a fantastic weekend that was to everyone’s taste and budget.Thankfully, it all went smoothly and everyone was happy with the activity choices I made. There is potential for things to go a little bit wrong, though, so I’ve outlined some of the main dos and don’ts of arranging a hen do – hopefully this list will prove to be of assistance!

Dos
Do ask the bride-to-be who she wants to attend her hen weekend. Second-guessing could result in you missing someone vital, or inviting someone who she perhaps did not want there! When I arranged my friend’s party, I asked her to provide me with a list of people and their mobile numbers. That way, I didn’t need to keep hassling her as I had everything I needed.

Do make a shortlist of around three weekends that are potential winners and check with the bride that she can do these. This can save you time as she’ll probably also know whether individuals like her sister and mum are available. Once I’d narrowed it down, I sent a group text asking people which ones they could do, and the most popular weekend was the dates I booked for.

Do keep in mind the budgets of everyone. Obviously, you aren’t expected to know people’s personal finances, but I knew we had a mix of students and full-time workers, so I tried to make it as affordable yet action packed as possible.

Do respect the bride’s wishes. If she has clearly stated she does not want to do a certain thing or go abroad, for example, stick to this. The main point of a hen weekend is that your friend or relative enjoys every minute of it. The celebration I organised comprised a quiet night in an apartment playing games on the Friday (she’s a huge Pictionary fan!), before enjoying a dance class, spa afternoon, meal and night at a comedy club on the Saturday. She loves to dance, relax and eat, so I knew this would be perfect.

Don’ts
Don’t tell the bride-to-be of any hiccups. I had to deal with people dropping out (and prices going up as a result) and some ladies not replying to me for days on end. Don’t stress her out with these issues, as she has enough to worry about. As the maid of honour or bridesmaid, it’s your duty to arrange everything and quietly take care of the problems.

Don’t use a tour operator that isn’t backed by ATOL and ABTA. Hen weekends from Maximise, for example, are protected by these two industry bodies, so should anything go wrong you won’t be left out of pocket. This could be anything from a hotel double-booking you to an activity supplier going bust. Likewise, you’ll have someone at the other end of the phone to speak to throughout the process and who can tailor a hen weekend specifically for your needs.

Don’t include activities that ignore people’s ages and tastes. If the bride-to-be really wants the older ladies in her family to attend, strike a happy compromise. A full-on day of drinking cocktails is unlikely to appeal to mums and nans. I tried to keep the daytime activities neutral and nothing too strenuous, and then after the comedy club, individuals could choose to head back to the hotel rather than onwards to a club. They had their money’s worth and a full day of fun, so they weren’t missing out!

Will Stearn splits his time between trying out extreme activities in exotic locations, and working in London for Maximise.co.uk.