Every country in the Middle East is fascinating in its own right, but there’s something very special about Jordan. From the incredible Wadi Rum valley near the Jordanian Red Sea coastal city of Aqaba to the iconic Dead Sea with its five star luxury hotels and spas, spectacular natural sights, ancient history and modern entertainment all abound. The biblical past is everywhere and as real as the well-preserved Roman town of Jerash, located some 30 miles north of Amman, Jordan’s capital city. Jerash is surely a jewel in the Jordanian crown with its colonnaded streets, temples, theatres, public squares, baths and city walls.Of course, to make the most of your visit to Jordan, or to any country in the Middle East for that matter, requires a certain amount of financial planning. Because there’s so much to see and do in Jordan, there’s always the chance of stretching the daily budget just a bit too thinly or maybe even breaking it. But if more funds are required then that’s not a problem. The banks in Jordan are modern and many of the well-known multinationals have a major presence in the country. So finding a bank or an ATM cash machine to top up the budget should be a fairly easy task for any visitor.There is so much to see and do in Jordan that it is often difficult to know where to begin. Here are just a few suggestions, but in no particular order of importance. 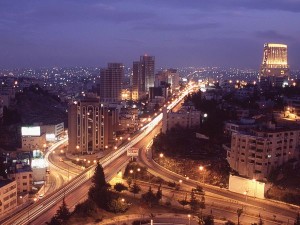 Amman
Most visitors to Jordan stay at least one or two days in Amman. The city of 2.4 million people is a unique blend of the ultra-modern and sophisticated and the ancient and conservative. Hotels, restaurants and art galleries vie with traditional coffee shops and craftsmen’s workshops. Don’t miss out on a visit to Amman Archaeological Museum with its fabulous range of ancient artefacts. These include the famous white plaster statues from the Ain Ghazal neolithic site, which dates back to 6000 BC, and the Copper Scroll, one of the Dead Sea Scrolls from the Qumran archaeological site. As its name suggests, the scroll is the only one to be made of metal instead of parchment and lists locations where caches of gold and silver were buried or hidden!

The Dead Sea
It’s the lowest point anywhere on the surface of the planet! Yes, believe it or not, the Dead Sea is actually some 1,300 feet below sea level. A number of rivers empty into the Dead Sea, including the River Jordan. And with the waters having nowhere else to go, they simply evaporate leaving a cocktail of salts and minerals behind. The high concentration of salts and minerals means the human body floats in the water instead of sinking. It’s an experience not to be missed.

Mount Nebo
The place where Moses was given a glimpse of the Promised Land just before he died. At the very top, the remains of a 4th century church and monastery have been discovered with six tombs underneath the floor hewn out of the underlying natural rock. Mount Nebo is one of the most important Christian sites in Jordan.